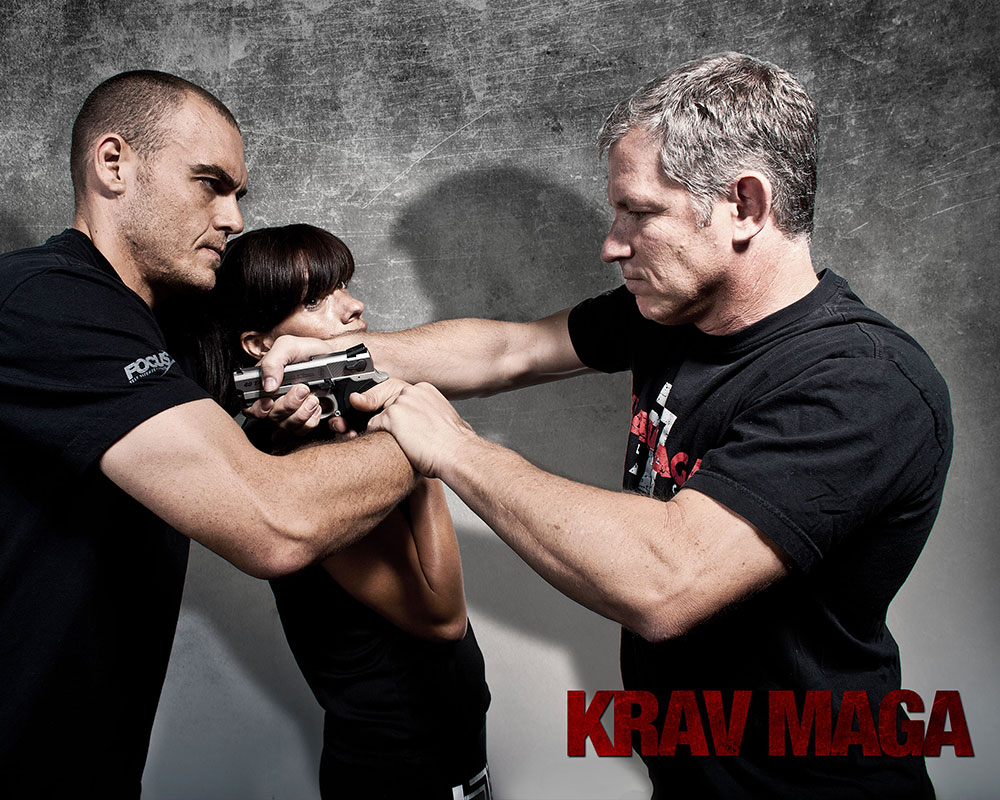 What is Krav Maga?

Krav Maga (Hebrew קרב מגע “contact combat”) is a self-defence and military hand to hand combat system developed in Israel. It came to prominence following its adoption by various Israeli Security Forces and is now used by military and law enforcement personnel, as well as civilians, around the world. Today, it is widely acknowledged as the number 1 self defence system in the world. The adapted civilian version of Krav Maga teaches you to defend against knife and stick attacks, multiple attackers, gun threats, abductions, rape and much more.

The History of Krav Maga

Krav Maga is Hebrew for ‘contact combat’, and was developed by Imi Sde-Or (Lichtenfeld) in Israel in the 1940s.
When the State of Israel was created in 1948, it was immediately in a fight for survival: surrounded by countries who either invaded or intended to invade, with no proper army, no time to train one and few weapons. People were being sent to the front and told to fight with what they had.
Imi, as Chief Instructor for the newly-formed Israeli Defence Force, developed Krav Maga as simple but effective way of enabling soldiers to defend themselves. It needed to be quick to pick up and easy to remember under pressure, being taught to conscripts who may never have fought before.
Before emigrating to Israel, Imi was a champion boxer, wrestler and expert in Judo and Ju-Jitsu in his home country of Slovakia. His father was in charge of training detectives in Bratislava, which included teaching police defensive tactics. Imi had much first hand experience of street fighting as he and others defended the Jewish quarter of the city against attacks by local fascists in the run up to World War II.
The success of Krav Maga saw it become part of the training programme for all Israeli military personel and police. Imi continued to refine the system, leaving the army in 1964. He then went on to develop Krav Maga for civilian use, and it became part of the national curriculum in Israeli schools.
Krav Maga has spread all over the world, being used by security forces including the FBI, as well as in VIP protection, anti-terrorism and men, women and children of all ages.
It is practised by celebrities and Krav Maga fight scenes have featured in movies including Enough, starring Jennifer Lopez and The Bourne Supremacy with Matt Damon.Imi died in 1998, at the age of 88.
Avi Moyal is now the Chief Instructor of the International Krav Maga Federation (IKMF).